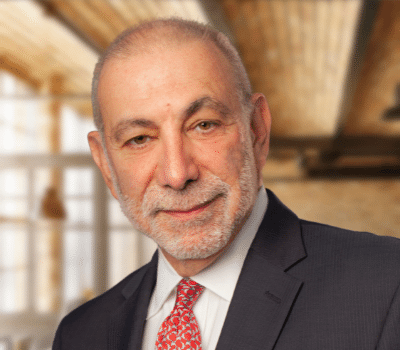 Evan Goldman was selected by NJ Transit and by both the Kline and Specter law firm and the Saltz, Mongeluzzi and Benedesky law firm, to mediate cases that resulted in an 8 million dollar settlement.  The cases were mediated over a two day period in April of this past year.  Both plaintiff’s firms, two of the best in both Philadelphia and Pennsylvania, selected Evan based upon his years of experience in handling large matters such as this and his ability to negotiate settlements, both his own and for others.

While Evan is an active trial attorney, he will, on select cases, be willing to mediate.  Read Story below.

The compensation comes five years after the Sept. 29, 2016, accident, which claimed the life of lawyer Fabiola Bittar de Kroon and injured more than 100 people at the agency’s Hoboken terminal. A 34-year-old and mother of a young daughter, de Kroon was standing on the platform when the train crashed and was killed by falling debris, according to her estate’s lawsuit.

Officials said the train, part of the agency’s Pascack Valley Line, collided with numerous structures and crashed into a wall. The accident raised questions about the agency’s progress in implementing the mandates under the Federal Railroad Administration‘s digital safety technology initiative, and ultimately spotlighted safety lapses unearthed by federal inspectors.

“This was a preventable catastrophe. And we and our clients are hopeful that NJT has now implemented and will continue to implement all the necessary safety improvements —systemwide, from rail operations to crew medical screenings — to protect its passengers, agency personnel, and the general public from harm,” attorneys Tom Kline and Robert J. Mongeluzzi said in a joint statement.

“Such a tragedy must never happen again,” they said.

Court records show the settlement was reached in March in the cases, which were consolidated in Hudson County. Settlement terms weren’t available and the firms declined to provide information about their counsel fees.

The train was traveling at 21 mph, twice the allowable speed of 10 mph, the suits alleged.

In February 2018, the National Transportation Safety Board said the probable cause of the Hoboken crash as well as a January 2017 crash at the Atlantic Terminal in Brooklyn was engineers’ fatigue.

A New Jersey state audit released in January 2020 revealed that software issues were delaying the agency’s implementation of positive train controls, or PTC, which are automated systems that can slow or stop trains when they are not operating safely or encounter unsafe conditions. At the time, PTC hardware had been installed in 413 of the agency’s 440 trains, according to the audit.

But in December, Gov. Phil Murphy and transit officials announced that New Jersey Transit’s PTC system had been certified by the FRA by the federally mandated implementation deadline of Dec. 31. Officials attributed the accomplishment to “around the clock work.”